9 biggest interview red flags an interviewer should know about

In 1952, songwriters Al Hoffman and Dick Manning wrote a song called Two to Tango.  This line is true for all relationships and professional relations are no exception. The working relationship between a candidate and an organization is also based on compatibility and a mutually beneficial give-and-take.

The recruiting process is aimed at finding the right candidate for the organization. Many organizations lay out a detailed hiring process with many checkpoints to ensure that they hire the most compatible candidates.

On the other hand, candidates present the best version of themselves in an interview to impress the interviewer. They give the most desirable answers and build a strong case to be hired for a role in the company. With impressive resumes and bubbling with confidence, interviewers may often be smitten by a candidate’s personality.

However, it is the interviewer’s sensibilities and experience that help in identifying disparity in the candidate’s communication. By keeping the organizational culture and the criteria for the job role in mind, the interviewer can identify “red flags”.

So, what are these red flags?

Any behavior that alerts the interviewer about a possible conduct that may be disadvantageous to the organization can be termed as a red flag.

Overlooking red flags lead to hiring mistakes, which in turn, can cause loss or damage to various aspects of the organization:

Being able to identify red flags in a candidate can help you save the penalties of hiring an unsuitable candidate.

Here are some common red flags that interviewers must be observant for:

Most candidates are interested and eager to attend interviews, even the passive ones. Scheduling an interview, at the mutual convenience of the candidate as well as the hiring team, is a tricky task for a recruiter. If a candidate misses a scheduled interview without informing, it is the first red flag for the interviewer. This is a clear indicator of a lack of interest and unprofessional behavior.

It is possible that a candidate may be stuck in an emergency and may not be able to attend the interview or contact the interviewer. However, a professional candidate will surely get in touch once they get the opportunity.

If a candidate is evasive in communicating about setting up interviews or provides unusually delayed responses, you may consider this as a red flag. Even if the reasons for delay include busy schedules or the indecision of leaving the current job, the candidate has the choice to communicate this clearly to the interviewer.

Punctuality is not only a sign of professionalism but also saves a lot of stress for the candidate when they are on time. When a candidate is delayed way beyond their interview slot and they don’t communicate the delay and its reason, you can surely consider that as a red flag.

It could be a habit, lack of time management, disinterest or just complacency, none of which you will want for your organization.

#3 Being unprepared for the interview

While candidates may be nervous during the interview, being unprepared is a big red flag indicating disinterest in the role and/or the organization. Experienced interviewers will be easily able to spot body language cues that differentiate nervousness from lack of preparation.

If the candidate doesn’t have any clue about the organization and the role, it may indicate that they are either not serious about the job or are just testing the waters.

Also, not carrying the necessary documents for an interview is quite unprofessional.

In today’s world, there are many resources available to the candidate that can be accessed to understand how they can prepare for an interview. Therefore, not dressing up professionally and being unable to answer basic and simple questions are undesirable attributes.

This one is a no-brainer. Candidates who share false information about their qualifications, certifications, employment, skills and achievements are possibly the most detrimental people to organizations.

Many candidates may not share false information but may end up glorifying their role or their skills. They may have played a peripheral role in a project but may end up presenting as if they have single-handedly managed the project. Bragging about simple and routine tasks in a role and exaggerating their work experience also doesn’t work in their favor.

They may also include some events as huge achievements like being a passive member of a committee as an important responsibility.

Although many candidates may not do it consciously, they may end up saying things just to impress the interviewer. Regardless of their intent, this attribute does more damage than the candidate may perceive.

#5 Having an inconsistent career path

Some people are clear, some are not and then some others are in search of the elusive “perfect” job! You can identify this on the candidate’s resume. However, some candidates don’t mention shorter stints on their resumes. There may also be unexplained gaps in their employment. The only way to find this red flag is to ask appropriate questions that may elicit real reasons for the gaps or the frequent changes in employment.

If candidates have left many of their jobs due to discord with their peers or supervisors (which you can only identify through a thorough reference check), you can be sure that this person will be a culture misfit.

Who you are will show in what you do! A person can be trained on skills but it is very difficult to change a person’s value system or work ethic.

Work ethic has become a dealbreaker for organizations. Some organizations do not consider a candidate’s profile again if they have not cleared their psychometric (personality) assessment.

If your organization doesn’t have an assessment, you can gauge this attribute through questioning by using the Behavioral Event Interviewing method. An informal conversation will make it easy to prompt the person in revealing their real opinions.

Even if the candidate has left their previous organization on a disagreeable note, how they portray the employer shows their work ethic. Although many candidates are careful about what they say, the ones that don’t are definitely on your reject list.

Communication is one attribute that cannot be overrated enough. Even if a candidate is being interviewed for an independent role or a technical profile where there is very little interaction with others, they will still have to communicate with their internal teams.

A poor communicator will face problems themselves as well as cause problems to others. Undoubtedly, for customer-centric and leadership roles, this is the most important skill.

Not listening well to the questions, being hasty with answers, rambling and being unable to follow instructions given by the interviewer (even after being given feedback), are not great attributes.

Every organization is built on certain values and a vision. With an established work culture, organizations prefer to share the values with their employees despite hiring a diverse workforce.

Conflicting values are a matter of lack of compatibility rather than a “problem”. The candidate may be highly skilled and may fit into the role perfectly but value conflicts may cause team discords, unfulfilled expectations, dissatisfaction and eventually attrition.

If you are hiring from the generation of millennials and Gen Z, you need to be aware of what matters to them in the workplace. Many candidates expect flexibility in the working modes and work-life balance.

Candidates have expectations and organizations have budgets. Negotiations can happen regarding compensation and benefits, working modes, designations and job responsibilities and even simpler aspects such as transport.

This challenge is usually faced by experienced and highly skilled candidates or candidates applying for a unique role. While there is nothing wrong with asking for what they think they deserve, being inflexible and then finally agreeing to the offer is a red flag.

This may eventually lead to lowered employee morale and eventually attrition.

Red flags are not always negative qualities in a candidate; they could just be aspects that are not mutually agreeable for the candidate and the organization at a given time. Being observant about red flags in an interview will help you weed out unsuitable profiles and make good hiring decisions for your organization.

Even after spotting red flags and rejecting the candidate, it is important that you still treat the candidate respectfully and provide them with constructive feedback. This will keep the door open for candidates, who could possibly apply to your organization in future.

Is a candidate asking for a higher salary a red flag?

Well, it depends on many factors. There is nothing wrong with a candidate asking for a salary that they think they deserve. However, the organization may or may not be able to meet their expectations. Convincing the candidate to join at a salary lower than their ask is risky since, in the long run, it may lead to employee dissatisfaction. Some organizations find it ok to bend backwards to accommodate the candidate’s request due to the uniqueness of the role, rarity of skills in the market and/or urgency to fill the position.

What is the difference between a skill mismatch and a red flag?

Skill mismatch is when a candidate doesn’t have the skills needed for the role or doesn’t meet the benchmark. They may, however, be a good organizational fit. Red flags are attributes that will surely be disadvantageous and even unsafe for the organization, in the short- or long run.

What happens when a recruiter ignores a red flag?

Ignoring red flags can cause financial losses due to poor productivity, increased training costs, and loss of customers as well as affect the brand image adversely as a product or service provider and also as an employer.

Anyone who uses the Internet knows that to visit the required site, you will have to type in the key words in the search engine.

Top 5 HR Software for Small Businesses to Use in 2023

The word ‘small businesses’ often indicates that most of the activities and departments are handled by the business owners themselves. While this might be true

What is HR Software and How to Select the Right One?

In a competitive candidate-driven market, businesses need to focus on how the human resource department performs and adds productivity to the overall business. On the

Have any questions about our services or products?

Anyone who uses the Internet knows that to visit the...

The word ‘small businesses’ often indicates that most of the...

In a competitive candidate-driven market, businesses need to focus on...

One of the key intrinsic values that most people have...

Human resource management is the most significant function of a...

Staffing firms and recruitment agencies use Staffing Software to source,...

If you remember the 1999 black comedy movie Office Space,...

A lot has changed in the realm of corporate training...

“As the HR function gravitates towards the center of organizations,...

Recruitment is the initial and said to be the most...

Structures are important in life. With structure comes hierarchy. It...

Human Resources plays a huge role in running a well-oiled... 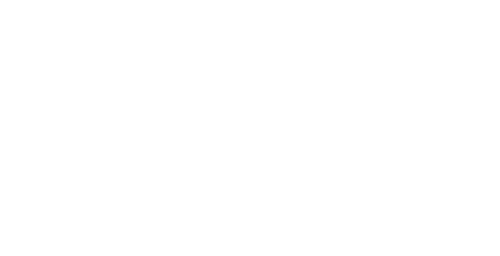 Hyreo stands for delivering a ‘customer-like’ experience for candidates throughout the recruiting process.